Archive for the ‘Professional Shredding’ Category

Answering all your shredding FAQs

For those who have never used a professional shredding service before, we understand there can be a lot of questions. How does it work? How do I find the best shredding services near me? (we can definitely help with that one if you’re in Yorkshire!) So, we’ve compiled a list of the most common questions

Later this month it will be three years since the EU General Data Protection Regulation (GDPR) laws came into force. Before it was introduced much was made of the fact it was coming and how woefully underprepared many businesses were to cope with the new legislation. Consumers were bombarded with last minute calls to sign

Tech talk – do you know how to safely dispose of your IT equipment and devices? 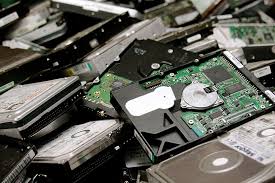 According to various reports out there, the average British household owns over seven digital devices – with a YouGov poll showing smartphones were the most prolific, followed by laptops and then tablets. Seven out of 10 own at least one tablet, with one in five owning two and a further one in 10 having three

Written by The McCarthy's Team on November 9, 2018

A few years ago it was all the rage to talk about paperless offices. Everyone tried to have one…but then everyone realised it was a bit trickier than they thought and much as the aim was still there in the background, everyone stopped talking about it quite as much! Despite electronics becoming more sophisticated, we

Are you switched on this E-Waste Day?

13th October marks the very first International E-Waste Day. The day is all about education and encouraging the correct disposal of waste electrical and electronic equipment across the world. The organisers of the day, the WEEE Forum (WEEE stands for Waste Electrical and Electronic Equipment), has estimated that around a whopping 50 million tonnes of

Three steps to improving your workspace

October 4th 2018 marks Improve Your Office Day – and whilst some might say these ‘days’ are getting a bit over the top, we actually get on board with the concept behind this one. Ok, dedicating a day to it might be a bit much, but if it does encourage you to take action to

The GDPR deadline of 25th May has been and gone – and much like when Y2K ‘hit’, the world did not collapse. Thankfully. But the day was just the start, and not the end of the process. Everyone was a bit fed up at the flurry of emails we received towards the deadline from companies

Some things are just meant to be together. Ok, “love and marriage goes together like a horse and carriage” may be a bit of a cliché nowadays, but at McCarthy’s we definitely have a raft of services we offer for either individuals or businesses which complement each other perfectly. Just like fish and chips, tea

Always look on the green side of life – World Environment Day

It’s World Environment Day (5th June) – the UN-instigated day when we’re all encouraged to think about what action we can take to protect our environment. One of the main themes for this year is Beat Plastic Pollution. Anyone who has seen the photos of sea birds, turtles and other marine life entangled and damaged

No, we haven’t started a faddy new diet. But we’re delighted to say that we’ve shed (or shred) a massive 2,000 tonnes of waste paper! Did you know that McCarthy’s Safe Shred has now recycled enough confidential waste paper to make 10.8m toilet rolls? No, neither did we until the turn of the year! We

A very clean and easy to use storage facility. Prices for storage average Helpful and friendly service and would definitely recommend.