Why family businesses should be celebrated this Father’s Day 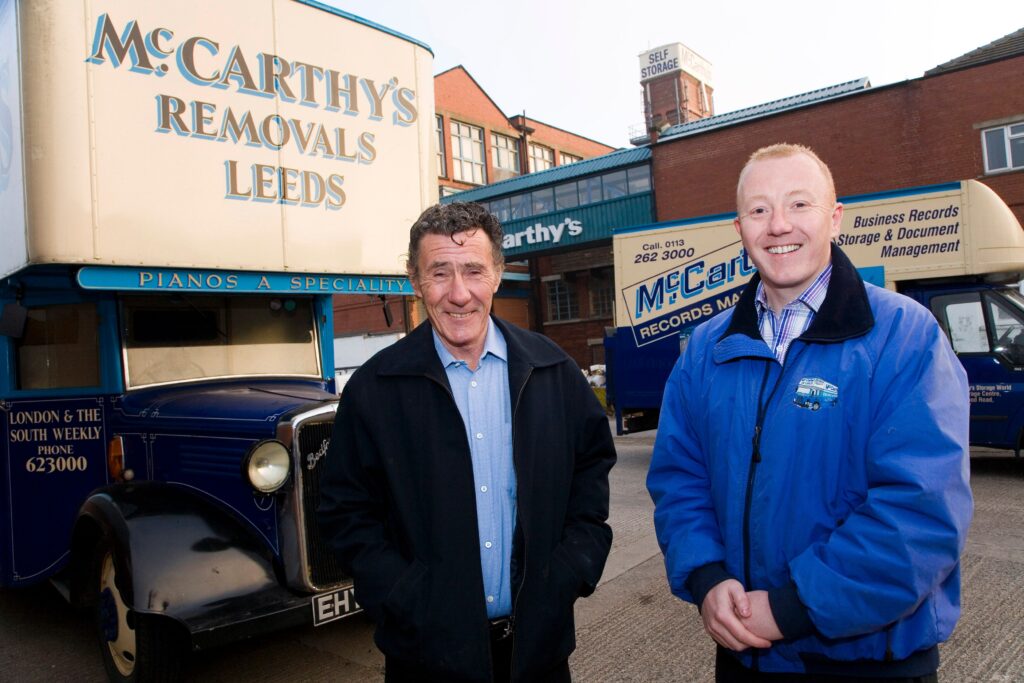 June 16th marks Father’s Day (hope you haven’t forgotten…) – the day we celebrate dads and all they do for us.

Lots of dads might be on hand for a spot of DIY, a pint down the pub, giving support on the football sidelines, a hug when needed – but what about when your dad is also your workmate? Actually, it’s not all that uncommon. It may surprise you to hear that, according to the Institute of Family Business (IFB), one in four UK businesses is family owned – 4.8 million in total. They generate over a quarter of GDP and pay more than £180 billion in tax (which is more than the annual budget of the NHS!). They also employ 13.4 million people – providing more than 50% of private sector employment. More than a third of all the workers in the UK are employed by family businesses (38 per cent).

McCarthy’s is a proud family business – established by Mick and Margaret McCarthy more than 50 years ago, and now run by their son Mike. Back in 1968, Mick bought a van from a company that were laying off their drivers and carried out furniture deliveries as a one man operation – based in a small terraced house in Leeds. Seeing opportunities and working hard, McCarthy’s continued to grow and became one of the city’s leading removals’ firms, and then an original pioneer of container storage back in the 1980s.

Mike has worked in the company in school holidays and on weekends since he was able, and it obviously didn’t put him off – joining the business in a more formal role in 2001.

If we cut to where McCarthy’s Group is now, we employ a fantastic team of 45 people and have a fleet of 15 removals vans, which travel all over the country, and indeed overseas. We’ve also diversified to offer more than just removals and transportation (although that is still at the heart of our business), and we now offer other complimentary services to individuals and businesses – about 50% of our business is self storage. We have 200,000 sq ft of self storage space across three sites in Leeds, Wakefield and Harrogate and another one will be opening at a future date in York. We also operate our serviced business centre at our Leeds site, provide document management and archiving services and run our successful shredding company – McCarthy’s Safe Shred.

So, to all the dads and sons working together out there, we say cheers! Hopefully you both might get chance to put your feet up this Father’s Day!