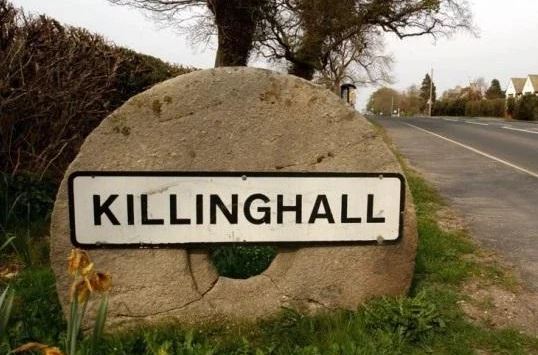 Situated just to the North of Harrogate town centre, Killinghall has developed into a commuter village for those working in Harrogate or elsewhere on the A61 corridor that runs through the village. Our Feature Locations series takes an in-depth look at what attracts people to Killinghall.

Killinghall’s location means that there is a village feel to the place whilst the more built up area of Harrogate is only a stone’s throw away. There is evidence of a village at Killinghall that dates back to Celtic times. Killinghall grew as a river crossing over the River Nidd and for its quarries. Now closed, the quarries at Killinghall are thought to have helped build many of Harrogate’s structures. It is now bustling with shops, schools and pubs that make it an ideal commuter village.

Get an instant quote for a Killinghall Removal

The postcodes in the Killinghall area are: HG3

Local Education if Moving to Killinghall

Bus – There are two main bus routes that run through Killinghall that links it to nearby Harrogate, Pateley Bridge, Ripon & further afield to Leeds.

Rail – The nearest railway station to Killinghall is Harrogate’s main station that provide direct links to Leeds and York.

Air – The closest airport to Killinghall is Leeds Bradford Airport that is an approximate drive of half an hour away.

Leisure & Attractions if Moving to Killinghall

Killinghall is most well-known for the rural areas that surround it. Killinghall Moor is a popular destination for walkers whilst the car-free cycle path that follows a disused railway called the Harrogate Ripley Green Way runs through Killinghall. The pathway was a campaign that ran in anticipation of the first stage of the Tour de France finishing in Harrogate having travelled through Killinghall.

Removals if Moving to Killinghall

McCarthy’s have been moving people and businesses to, from and across Killinghall for over four decades but have grown further into the area. A McCarthy’s self storage centre opened on the A61 road, that runs through Killinghall, in Harrogate town centre. This means that our storage, shredding, archiving and van hire services are available on Killinghall’s doorstep.