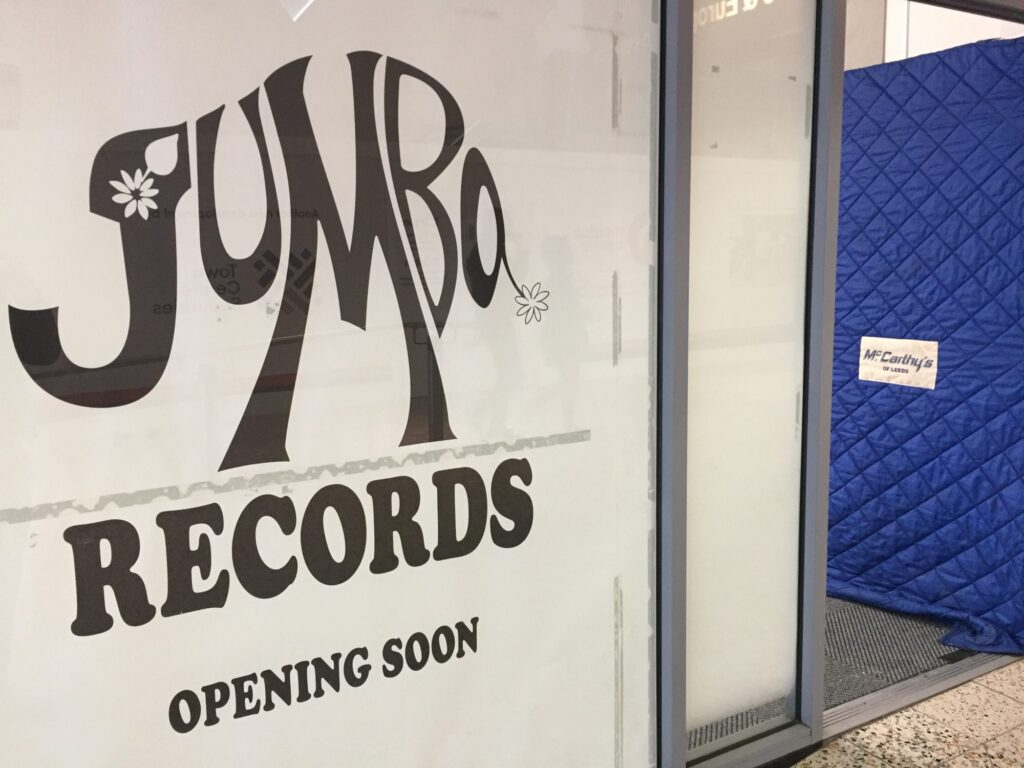 The removals’ team here at McCarthy’s have had an exciting job to work on this week… (no, not quite like that time we found a pet lion in someone’s garden, thankfully).

This week we got to move an iconic name in the Leeds’ music scene – Jumbo Records. 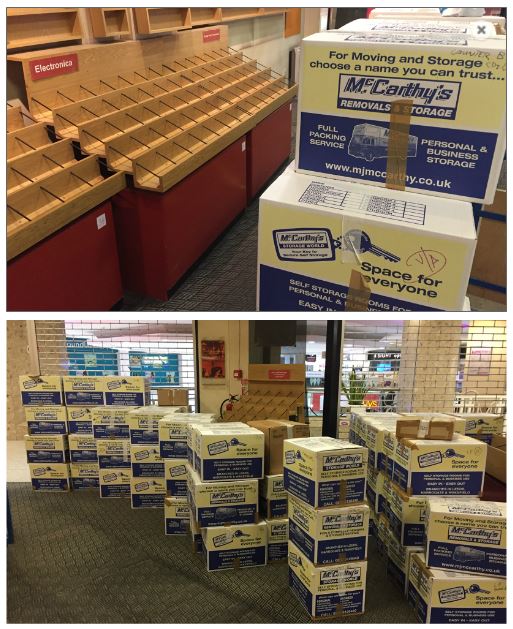 Jumbo Records launched into the city in 1971, the era of bell-bottomed trousers and glam rock, selling the very best in vinyl to Yorkshire’s music lovers. Although, it was the year Chirpy Chirpy Cheep Cheep spent five weeks at the top of the charts, so that demonstrates how music lover can be a subjective term!

After a few years trying out different locations in the city, they settled into the Merrion Centre in 1974 (the year of Mud’s Tiger Feet being the top seller), before finally moving to the St Johns’ Centre in 1988 (when Kylie had five of the year’s top 20 singles – including a little duet with Jason Donovan). As its popularity continued to increase, the move was needed to provide more room for the shop’s ever-growing stock, which now also included CDs and accessories. And there it’s been ever since.

Until this week! Jumbo Records has ‘moved back home’ to an even larger unit in the Merrion Centre – and McCarthy’s was delighted to be chosen to help with this important relocation.

Our movers spent two days helping the Jumbo Records team transport everything safely across town – it may not be far (in fact it’s less than half a mile!), but when your cargo is precious and fragile vinyl, it still takes some forethought and planning. 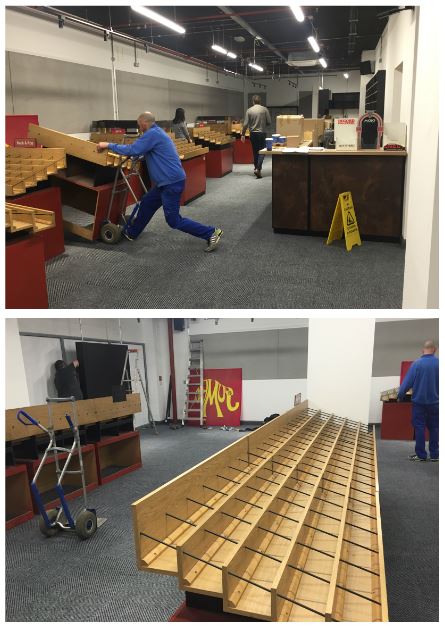 In fact, we estimate there was around 10,000 CDs and 2,000 LPs which needed to make the move, as well as accessories, furniture, shelving and storage boxes. Given the heritage of Jumbo Records, its stock can easily be referred to as one of the most in depth in terms of genre in Yorkshire. Add to that the fact a lot of local acts and artists use Jumbo as their only platform for selling records, which means a chunk of the stock isn’t available anywhere else, and you have some priceless music.

As a point of interest – did you know that when packing records, you should pack them side by side rather than laying them flat on top of each other? Well now you do.

When we spoke to shop manager Adam Gillison about how it felt to be moving into new premises after nearly 30 years, this is what he had to say: “It’s really exciting as it’s a fresh and blank canvas for us to work with. There is extra space for stock as well as wall space to feature more posters for up and coming events, gigs and records. We’ll also have a dedicated performance area which we didn’t have previously as we hold a lot of live events.

“In a way the move back to the Merrion Centre feels like a homecoming. The location is great as we are closer to some of the live venues in the city such as directly next door to The Key Club as well as moving closer to Leeds Arena and the two Universities. We were delighted to choose McCarthy’s to help us make the move as we’d had a recommendation from someone we knew. We look forward to welcoming customers old and new for a look!”

We are proud to have helped a Leeds icon move premises. If, like Jumbo Records, you’re planning a move – whether it’s your home, or business, why not give us a call for a chat on 0113 262 3000? Meanwhile, you can find the new Jumbo Records shop in the Merrion Centre at the Wade Lane entrance.