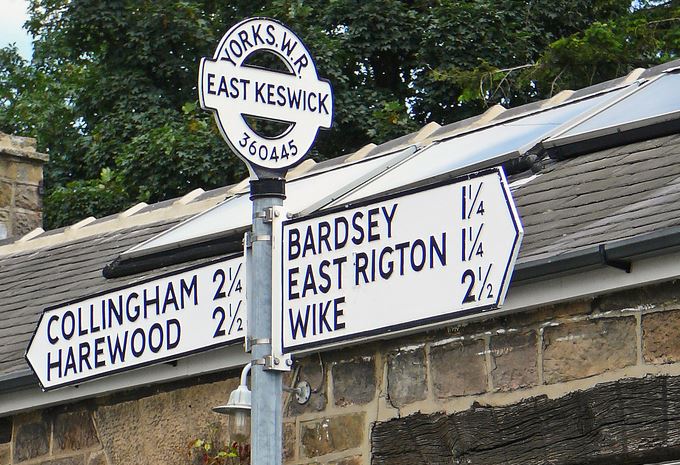 Our Feature Location this week is situated just inside the West Yorkshire border with North Yorkshire and the small village of East Keswick. East Keswick is only four miles from Wetherby and nearly ten miles from Leeds but has a Leeds postcode due to being within the Leeds Metropolitan Borough boundaries.

Despite being a small village, the population of East Keswick was shown as over a thousand people in the 2011 UK census. The village is fairly well stocked for local amenities including two churches, a butcher, a nursey, pubs and a village hall. Recent times have seen the local Post Office and school close down with the nearest school being in neighbouring Bardsey.

East Keswick has a local neighbourhood plan in place in which plans for “the type of village we would all like to see it [East Keswick] become over the next few decades” are outlined, factoring in the village itself and the surrounding area.

The postcodes in the East Keswick area are: LS17

The Grammar School at Leeds (3.46miles)

Bus – East Keswick is linked to Leeds, Wetherby and the surrounding area via the 99 route that is run by First Leeds.

Rail – There isn’t a rail link nearby to East Keswick with local stations at Weeton and Cross Gates being the closest around 7miles away. Leeds Station is approximately 10 miles away provides access to the national network via the 99 bus route.

Air – Leeds Bradford Airport is the closest airport to East Keswick, both lying to the north of Leeds. Leeds Bradford is around a half an hour drive away via Harewood and Pool-in-Wharfedale.

Within the village itself, the village hall hosts a number of events and acts a hub for activity. There is also the East Keswick Badminton Club and Tennis Clubs that provide affordable sporting facilities for the village. Away from sport, the East Keswick Local History society was formed in 2015 to collect information on the history of the village.

Further afield from the village, East Keswick is surrounded by natural beauty and wildlife which the East Keswick Wildlife Trust aims to protect.

Removals if Moving to East Keswick

McCarthy’s Removals have been serving West Yorkshire and North Yorkshire for home and business removals for over four decades. This means that McCarthy’s have developed a strong expertise of the area including the village of East Keswick where we have run home moves for on many occasions. As well as removals, McCarthy’s also serve Yorkshire for storage, confidential shredding, document management and van hire.