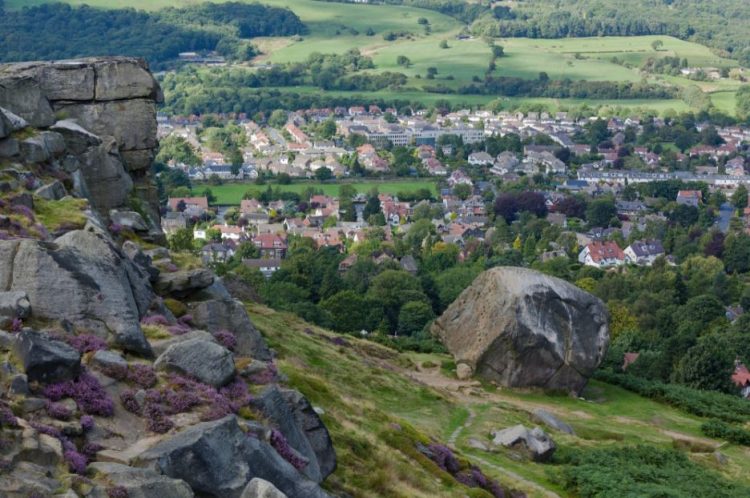 Our latest article in the Feature Locations series focuses on the suburb of Ilkley, a spa town in the city of Bradford that lies northwest of Leeds.

Ilkley is a picturesque spa town that lies within reach of the cities of Leeds and Bradford, but is also known as the gateway to the Yorkshire Dales. Its rural setting and architecture makes it a real hit for movers and tourists alike. The centre is often decorated with floral displays which really add to countryside feel. Ilkley is set upon the River Wharfe and is surrounded by moorland which has put the town into folklore as a subject in the song, and unofficial anthem of Yorkshire, “On Ilkla Moor Baht ‘at”.

Get an instant quote for an Ilkley Removal

The postcodes in the Ilkley area are: LS29

Local Education if Moving to Ilkley

Bus – Ilkley is served by its own bus station which runs services into Bradford and Leeds via nearby Otley. There are also services that run out into the Yorkshire Dales towards Skipton and Malham.

Rail – The Ilkley area is served by two railways stations, Ilkley and Ben Rhydding, which run on the same Wharfedale line. This provides Ilkley with easy train links to Leeds and Bradford.

Air – Ilkley’s nearest airport is Leeds Bradford Airport that lies just under 10miles away and is easily accessible via the A65 road that runs through Ilkley.

Leisure & Attractions if Moving to Ilkley

Ilkley is rich with rural settings for hiking and casual walking. Whether that is a simple stroll down the River Wharfe or a more strenuous walk across Ilkley Moor known as Rombolds Stride. Ilkley also ticks sporting boxes with its outdoor Lido a popular attraction for swimmers, the Cow & Calf rocks that overlook the town are popular for rock climbers and the streets and roads in and around Ilkley are popular for cycling. Ilkley is also popular for independent restaurants and cafes that attract plenty of custom for across the area. Ilkley is also one of five towns that boats a Bettys tearoom and also has Europe’s Smallest Ultra 4k Cinema screen at the independent, Ilkley Cinema.

Removals if Moving to Ilkley

McCarthy’s of Leeds have been moving people to and from the spa town of Ilkley for decades. Whether that move is across Leeds, into the Yorkshire Dales or across the UK, McCarthy’s have developed a reputation for reliability and expertise for Ilkley removals. McCarthy’s membership of the British Association of Removers supports this and we are proud to serve Ilkley for home removals, storage, confidential shredding and document archiving.