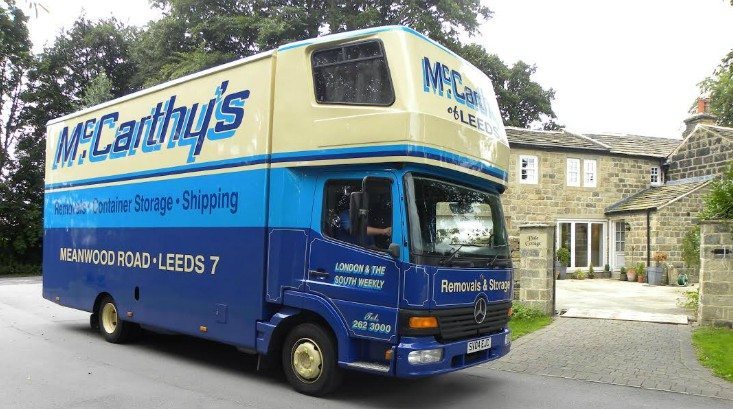 We love nothing more than a job well done – and to hear that our customers are happy. We manage hundreds of corporate removals every year. Like home removals, every job is different and needs a tailored approach. The key is ensuring there’s good communication with the client to find out what they need, what their worries are and then coming up with a plan which is individual to them and helps their business keep moving (excuse the pun!), with the minimum of downtime. Time is money!

A few months ago, we were approached by ATP Advertising, the longest established marketing in agency in Leeds, to manage a move approximately five miles across Leeds, from Roundhay to Thorpe Park in Colton. Following an initial meeting and a quote from our estimator Nick, plans were made to complete the move in November 2018. Ann was ATP’s move coordinator in the McCarthy’s head office, on hand for any questions or queries.

The move took place over two dates, to manage the amount of time in which the ATP team would be out of action.  The first move collected a range of items which weren’t needed day-to-day and transported them to our storage units. The second move took place 12 days later, and saw the remaining items from the Roundhay office, along with everything from storage, safely delivered and unloaded at the new premises. A team of four McCarthy’s movers, headed up by Gary, worked across the two days, meaning they knew the client, what to expect and how to best manage the move. 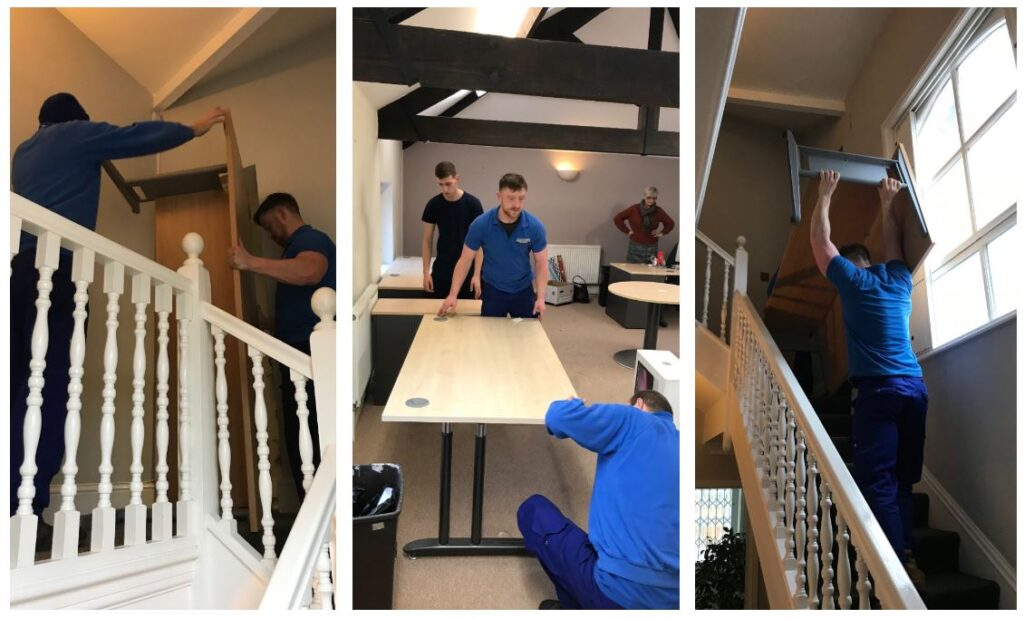 We asked Ian Ruddock, ATP’s managing director, for his take on the move:

– Why did you choose McCarthy’s Removals?

McCarthy’s was recommended by our company Chairman who has used the company before. I was also aware that McCarthy’s provided storage options too, which was one of our key requirements.

– What did you think of the planning which went into the removal?

Having never undertaken an office move before, I was impressed with how the process was managed by McCarthy’s. They had dealt with every scenario before so were able to anticipate and offer solutions for every problem. When the day came to move I felt as though we were in expert hands.

– What kind of equipment needed to be moved?

The move mostly consisted of office furniture such as desks, chairs and cupboards, but there were more unusual items such as plants.

– Were there any difficult items that needed special attention during the move?

There was a pile of stone paving that needed lifting from our cellar into storage. Due to the individual weight of the stones they could only be lifted a few at a time so it became quite an arduous task, but was undertaken without incident.

– What was your biggest worry about the move?

My biggest worry about the move was minimising downtime as a company – which luckily was unfounded.

Completely without hitch. Several items that we feared might not fit through doors were removed without difficulty and the whole process from loading to drop off took around five hours, minimising the downtime I was so concerned about.

– What advice would you offer another business about to consider moving?

Use the move as an opportunity to de-clutter – it will reduce the amount of ‘stuff’ that actually needs to move and you’ll have a more streamlined workplace as a result.

– Would you recommend McCarthy’s Removals?

Yes, very much so. The team treated all our equipment with care and were meticulous in placing items precisely where required in our new office. Superb service.

If your business is considering a move, get in touch today for more information and a no obligation estimate for your move using 0113 262 3000. With 50 years of moving experience, there’s not much we haven’t seen. We relish the challenge!