Written by The McCarthy's Team on February 4, 2017 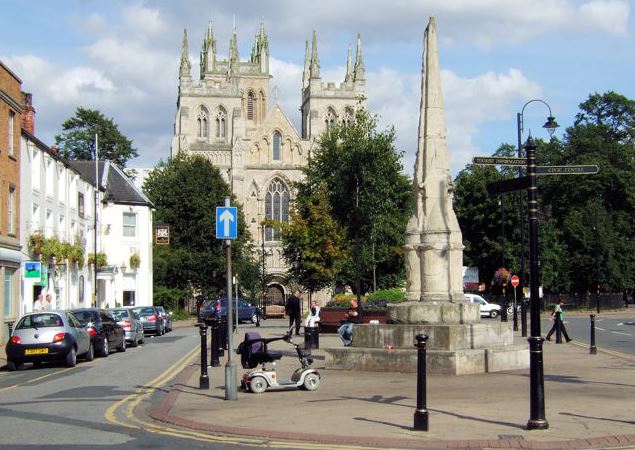 Our Feature Location this week is a town in North Yorkshire that is written into history and still expanding and thriving the modern day. Seen as a vital transport hub linking together, North Yorkshire, West Yorkshire and the East Riding of Yorkshire, Selby is one of the key areas in which we serve.

Selby’s importance has developed through history. Known through the ages for ship building due to its position on the River Ouse, it then grew to become a leading coal mining area of the UK. Despite these industries declining, the infrastructure is still visible today and Selby is now seen as a commuter town due to its brilliant bus and rail links to surrounding cities such as York, Leeds and Wakefield.

This has seen a growth in local amenities including new shopping centres and retail parks.

Get an instant quote for a Selby Removal

The postcodes in the Selby area are: YO8

Local Education if Moving to Selby

Bus – Selby is seen as a bit of a transport hub for the local area which means there are regular services linking Selby to Goole, Glasshoughton, Pontefract, Leeds, Doncaster and York

Rail – The transport hub applies to the rail network as well with Selby providing residents in the area with regular trains to York, Hull, Leeds, Manchester and London.

Air – Leeds Bradford, Humberside and Doncaster Sheffield Airports are all within similar driving distance to Selby. There are also good rail links to Manchester, Liverpool and London.

Leisure & Attractions if Moving to Selby

The main attraction in Selby is the impressive Selby Abbey. It is one of few surviving abbey churches of its kind from the medieval period and its exterior and interior is certainly striking. There is also a surprising link to the United States of America with the “Washington Window”, which is still on show today, believed to be the inspiration behind the current American flag.

Selby Town Hall is also a popular attraction with music lovers with it being widely seen as one of the best live music venues in the area. It has won awards from publications such as the Yorkshire Evening Post for its popularity and often host regular performances including an annual Battle of the Bands.

Removals if Moving to Selby

McCarthy’s has been helping people move to, from and across the town of Selby for over forty years and Selby is a town that our drivers, crews and move coordinators have plenty of expertise with. McCarthy’s base in Leeds and branches in North Yorkshire allows us to extent our additional services to the town.