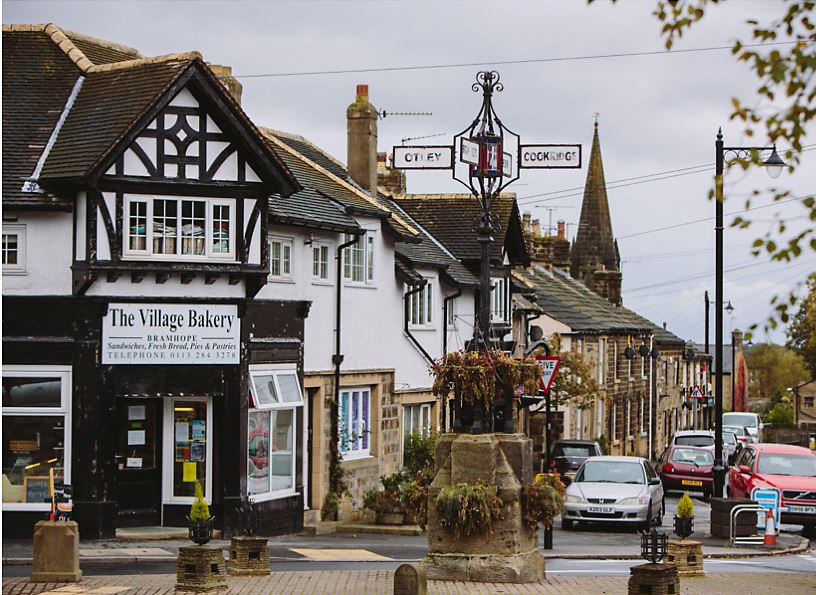 The next step in our series of Feature Locations articles takes an in-depth look at the picturesque and historic village of Bramhope. Situated towards the north west of Leeds in-between Otley and Adel, Bramhope has maintained its traditional feel and its location at the top of the Wharfedale valley provides a sought after rural feel.

The name Bramhope derives from the Old English for “a small valley, off a larger valley” and this is a good description of this picturesque village. Situated approximately nine miles to the north west of Leeds, Bramhope is filled with listed buildings that complete its quintessentially British feel. Some of the village’s buildings date back to the 17th century and the Bramhope Crossroads acts as a picturesque centre with a traditional signpost, classic British pub and the village bakery. This characteristic and traditional feel as well as its location has led to an above average housing value in Bramhope compared to the rest of West Yorkshire.

The postcodes in the Bramhope area are: LS16

Rail – The closest railway station to Bramhope is in nearby Horsforth which has direct links to Leeds, Harrogate and York. There is also a daily morning service to London Kings Cross.

Leisure & Attractions if Moving to Bramhope

Bramhope has a fantastically rural feel to it and this is aided by some of the area’s most well-known walking areas being nearby. The closest of which to Bramhope is Otley Chevin which has multiple walking tracks and fantastic views over the Wharfedale valley. Heading out of the village towards Adel and you will come across Golden Acre Park which opened as a privately run amusement park in 1932. It has developed to become garden area full of wildlife, bird feeding and picnic areas.

A popular nearby attraction is also The Donkey Sanctuary which is just outside Bramhope. The sanctuary is a great attraction for kids where you can go and interact with the donkeys free of charge.

Removals if Moving to Bramhope

Get a quote for a Bramhope removal here