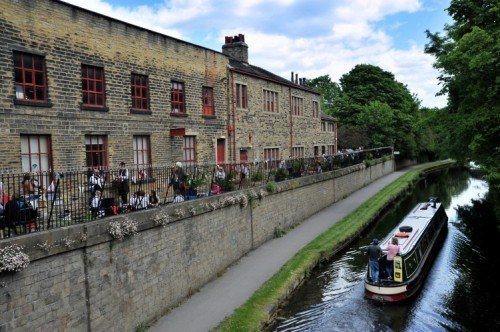 Our Feature Locations series moves on to the western Leeds suburb of Armley which has a great historic and modern significance on the West Yorkshire city.

Situated a small distance to the west of Leeds city centre, Armley is widely recognised across the city. It has historical significance with such landmarks as St Bartholomew’s Church, Armley Mills and the old Armley Gaol. It has also been a place of industry with William Tetley starting his malt business in 1700 Armley which led to grandchild Joshua Tetley forming the renowned Tetley’s brewery in 1822. Now it has a bustling high street that acts as a centre for retail and local amenities.

The postcodes in the Armley area are: LS12

Local Education if Moving to Armley

Bus – While Armley doesn’t have its own designated bus station, there are regular bus services that run through Armley Town Street linked the town to Leeds, Bradford, Halifax and Huddersfield.

Rail – Both of Armley’s railway stations were closed in the 1960s. There are other railway stations close by but Armley’s proximity to Leeds station make it the most convenient for local and national services.

Air – Leeds Bradford Airport is the closest international airport to Armley but there are easy motorway routes from near Armley to Manchester and Doncaster airports.

Leisure & Attractions if Moving to Armley

Armley Park, sometimes locally known as Gott’s Park, is a large public park situated in Armley and acts as a centre for outdoor activity as it is home to sports pitches and facilities. The name Gott’s Park comes from industrialist Benjamin Gott who was a local man who was born, lived and died in Armley. His former home, Gott’s Park Mansion, acts as the clubhouse for the parks golf club. The park offers great views over the city of Leeds and has several other listed buildings and features.

The Leeds Industrial Museum at Armley Mills is also a popular attraction for many across the city and is situated on the Leeds and Liverpool canal. The mill was built by Benjamin Gott in 1805 and closed for business in 1969 only to be reopened by Leeds City Council as a museum in 1982.

Removals if Moving to Armley

Armley has contributed a lot of history to the city of Leeds which is something we can relate to at McCarthy’s. McCarthy’s removals have been helping people move home and businesses move premises around Leeds for decades. As well as removals, McCarthy’s now offer storage, confidential shredding and document management services to the people of Armley, Leeds and Yorkshire.

Get a quote for an Armley removal here