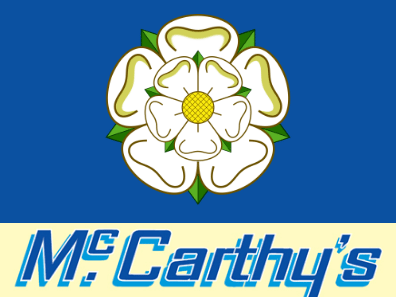 Have you heard it’s a big birthday for us this year? We don’t like to go on about it, but we’re FIFTY years old! I know, hard to believe as we don’t look a day over 21…

It was 1968 when Mick McCarthy and his wife Margaret set up a one man, one van removal company from a small terraced house in Leeds on Lomond Place. As far as we’re concerned that house should now have one of those ‘Place of Historic Importance’ blue plaques on it! 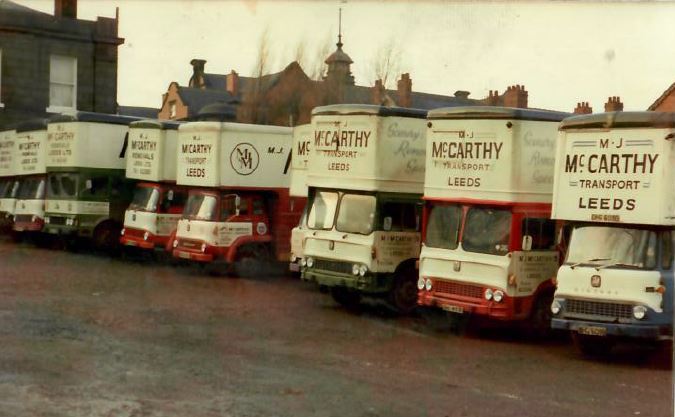 The company soon got a reputation for delivering a great service, and it grew quite quickly, meaning it needed more suitable premises, which came in the form of Newton House in Spencer Place (which – here’s a bit of Leeds’ trivia for you – was also the last long distance lorry drivers’ hotel in Leeds.) 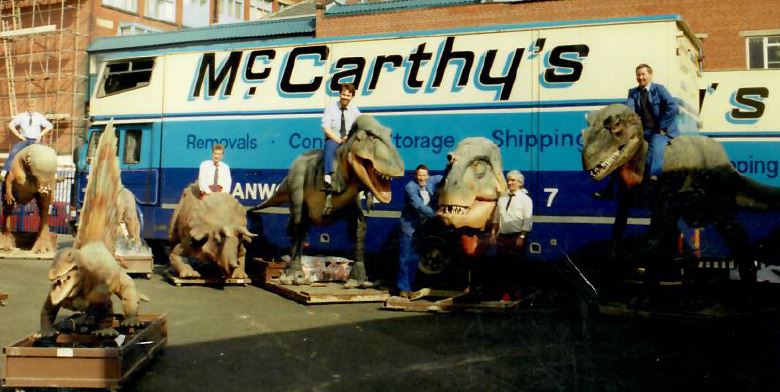 (That was also around the time we discovered a customer kept a fully grown pet lion in their garden too – it’s amazing what you see working in removals!)

The 80s saw us move to our current base on Meanwood Road – a purpose built building and yard for the growing team and fleet. It looked a bit different to today though!

Yorkshire has always been our home, and always will be. There was actually a funny story in the 80s of a woman we moved down to Brighton (250 miles) – got there and decided she didn’t like it. Of course, we brought her back home – who could blame her for missing God’s Own County?!

In 2001 Mick and Margaret’s son Mike started at the company (although, to be fair, he’d worked there every school holiday and weekend as soon as he was able – he’d lugged his fair share of boxes learning the family trade!)

It wasn’t long before Mike spotted opportunities in complementary services that customers were asking for. Hence, in 2005, the first McCarthy’s Storage World opened in Leeds, along with our document management service. But we didn’t want to be selfish and felt we should spread the McCarthy’s love further round Yorkshire, so it was followed by self storage facilities in Harrogate in 2012 (which have recently doubled in size, and had a stunning – if we do say so ourselves – makeover) and Storage World Wakefield in 2015. The rest of Yorkshire – watch out! We’ve already got planning permission in on one new North Yorkshire site (our first new build!) and are in negotiations on a second North Yorkshire site. But shhhhhh – all will be revealed in due course….

Realising people and businesses were storing all kinds of paperwork they no longer needed, but couldn’t just bin, we launched McCarthy’s Safe Shred in 2013. We could either collect paper to bring back to our industrial shredders or even shred in our mobile vans, which travel all round the county. Then of course we also offer our fully serviced offices, meeting rooms and mailbox facilities. We don’t like to be bored round here!

So, we like to think we provide a lot of useful services to individuals and organisations in the Yorkshire area. And for our 50th birthday, we really wanted to give back to the region, towns and cities which have been our home. We’re sponsoring the Ilkley Carnival and Kirkstall Festivals, we’re looking at sports teams we can support, we’re running our 50 good deeds campaign – so why not get in touch? We’re always looking for extra ways to say happy birthday to us, by getting involved!