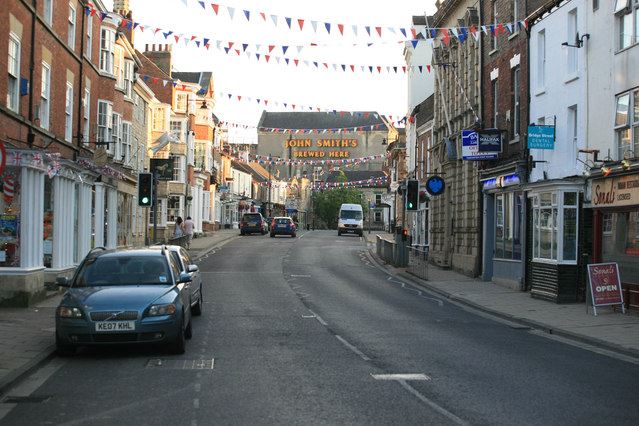 Feature Locations heads ever so slightly into North Yorkshire this week to the last town on the River Wharfe before it joins the River Ouse, Tadcaster.

Tadcaster can be traced back to Roman times and has played its part as a strategic settlement in many key battles in the middle ages and beyond. As the years went on Tadcaster’s economy has grown associated with the brewing industry with it only second to Burton-upon-Trent as a significant brewing centre in England. This is due to easy access to a quality local water supply. Three breweries survive to this day – The Tower Brewery, John Smith’s and Samuel Smith’s which are responsible for some of the UK’s favourite beers and employ many people from Tadcaster.

Get an instant quote for a Tadcaster Removal

The postcodes in the Tadcaster area are: LS24

Local Education if Moving to Tadcaster

Bus – Tadcaster has direct and frequent bus routes that link the town to Leeds and nearby York city centres. There is also a coastliner service from Leeds to the East Yorkshire coast that stops in Tadcaster.

Rail – Tadcaster doesn’t have its own designated railway station. The closest is Church Fenton around a fifteen minute drive away. York station is easily accessible for links to the national railway service.

Air – Tadcaster has a number of international airports within a decent distance. The closest being Leeds Bradford Airport but Humberside Airport and Doncaster Airports are accessible by road.

Leisure & Attractions if Moving to Tadcaster

The main tourist attraction to Tadcaster is its aforementioned brewing industry. There are a number of brewery tours and pub crawls that attract plenty of visitors. The history of the area also attracts a number of visitors due to Tadcaster’s part in the English Civil War and the nearby town of Stamford Bridge’s part in the Norman Conquests. Tadcaster’s 18th century bridge was also a key attraction until mass flood unfortunately damaged it in 2015.

The area is also recognised as an area of natural beauty with The White Rose Way taking walkers from Leeds to Scarborough through Tadcaster.

Removals if Moving to Tadcaster

Tascaster and the surrounding region is an area McCarthy’s Removals have been moving people to and from for decades. We have also helped many businesses in the area with removals, confidential shredding and document storage from our base in Leeds for decades. Our headquarters in Leeds provide our vans with easy access to the North Yorkshire area and we have been proud to serve the area for much of our history.