Leeds hotspots – the places we all want to live 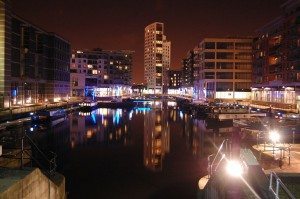 Having been a removal firm based in Leeds for over 50 years now, it’s fair to say we’re pretty fond of the place. We’re Loiners through and through!

(As an aside, did you know…no one quite knows where using the term Loiner to refer to someone from Leeds comes from. One theory is it’s from the eighth century name Loidis for Leeds and a second theory is it dates from the 19th century when the area around Briggate was described as Loins (for lanes or low ins). Interesting Leeds’ fact for you!)

Properties across the city have been flying out of estate agents’ windows as of late. House prices and sale completions are soaring. We’ve certainly handled more removals in Leeds than we thought possible over recent months!

Of course, personal preference, budgets, schools and commutability all play a role in where your perfect place would be to live. But if we’re listening to those in the industry, where are the best places to set down roots?

Horsforth nearly always tops the list, often appearing in national features around the best places to live. With popular bars, restaurants and cafes aplenty, along with a park, independent shops and impressive travel links, it’s definitely a great place to set up home.

Chapel Allerton also often gets a mention, with a buzzy nightlife and a range of independent shops and places to eat. It’s often a favourite with young professionals and families.

Another popular place, with a well-known 700-acre park at its heart, is Roundhay. Close to the city centre, yet with a sense of community that is all its own, there’s plenty of shops and eateries to hand – and plenty of park to explore. The most popular primary and secondary schools in the city are currently based in the suburb.

Bramhope is one of the most expensive suburbs of Leeds, and for good reason, with great facilities, beautiful homes and the fantastic Golden Acre Park on its doorstep.

According to one study released at the start of the summer, Pudsey is one of the most up and coming areas to buy. Based on online searches, house price increases, school rankings and more, Pudsey is a great place to buy. Student favourite Headingley also just snuck on to the top 20 list for the UK, with Pudsey ranking fourteenth. Headingley has become increasingly popular with a wider demographic in recent times, with its ample amenities, the sporting stadiums, great transport links and its proximity to the city centre.

When Purplebricks compiled a list of the best places in Yorkshire for first time buyers to house hunt, LS28 – including Calverley, Farsley, Stanningley and Pudsey – topped the list. With an abundance of two and three bedroom terraces with lots of character, an excellent community feel, plenty of parks and amenities and well performing schools, it was deemed to be a great choice for those looking for their first home.

In reality, there’s far too many excellent places to live in Leeds to list them all. We haven’t even got started on Otley, Guiseley, Garforth, Alwoodley, Adel, Meanwood…

But if you’re moving house and you’re looking for removals in Leeds – we’re here to help!