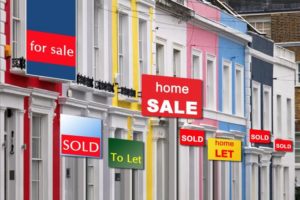 There’s a wealth of data out there on house prices and the property market – so much so it can get quite confusing!

Here at McCarthy’s we have a direct line to what’s going on in the world of property within Yorkshire. If our removals team are rushed off their feet, we know the buying and selling market is busy, and even our self storage centres give an insight into whether people are tending towards renovations and home improvements, or whether people are taking an offer on their home while they can and moving into rented accommodation.

But we thought it might be useful to sum up some of the recent stories we’ve read about the property market and how things are going. There’s nothing like a global pandemic (the likes of which none of us have lived through before) to bring a period of uncertainty to things!

The property market is certainly busy as people continue to try and make the most of the Chancellor’s stamp duty holiday before the deadline expires – although there have been calls to extend that further, beyond its current March 31st deadline.  Yorkshire house prices ended the year up nearly 10 per cent on the 2019 values. In fact, Yorkshire actually tops the UK table for price growth, according to the analysis done by Home.co.uk. Greater London was the UK’s worst performing region, but even that saw an average 2.8 per cent growth across the city.

Cashlady.com went even further with its analysis of the housing market, taking it back a decade. York topped the league tables in the region with an average rise in house prices of a staggering 44 per cent over the last 10 years, giving an average price now of over £375,000. The region of Ryedale, home to pretty market towns such as Helmsley, Malton and Pickering, came second with 35 per cent rises over the last 10 years and an average property value of £336,000. Harrogate came third with just half a percentage difference between it and Ryedale and an average value of £298,000. Scarborough was the location in the region with the lowest property value rises over the decade, but still saw 11 per cent growth.

Looking at Leeds specifically, the number of offers accepted on properties in the city was up 30 per cent in 2020 as opposed to 2019, according to estate agents Strike. In terms of locations the postcode LS19, covering Rawdon and Yeadon, was the most popular with 125 home sales completing in the year. This was followed by LS28 (Farsley) and LS10 (Middleton). Apparently October, in between lockdowns, was the busiest month for the market with a 75 per cent increase in offers accepted on properties in Leeds compared to the same month in the previous year.

This data is borne out by research from Good Move which showed that one of the areas with the highest number of online searches for ‘two-bedroom houses for sale’ was West Yorkshire – up 69 per cent on the year before. Other popular searches across the country as a whole were for apartments with balconies; hot tubs; tennis courts; and swimming pools. Add them all together and you’ve got yourself a dream home!

Whatever you decide to do with regards to your home – selling, buying, renting, renovating, extending – we’re here to help if you need us. Just get in touch with regards to any removals or storage needs and we will be happy to chat through your plans.