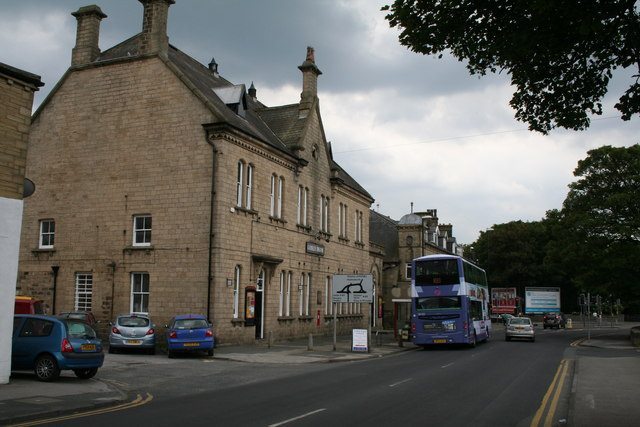 Our Feature Locations series looking at areas in which we serve continues with the bustling Leeds city suburb of Guiseley. Guiseley is a popular West Yorkshire suburb that lies near Leeds, Bradford, Ilkley and the towards the Yorkshire Dales.

Guiseley is one of the bigger towns in the Aireborough amalgamation that lies north west of Leeds city centre. Guiseley is well serviced by local amenities which make it a popular location for commuters into Leeds and Bradford. Its popularity is helped not only because of its access to both of these urban centres but also because of the town’s access to rural parts of West Yorkshire. This predominantly because of the A65 which passes through the centre of the town.

The postcodes in the Guiseley area are: LS20

Local Education if Moving to Guiseley

Bus – Guiseley is not served by its own bus station but does have direct bus routes from the centre to Leeds and Bradford bus stations.

Rail – Guiseley railway station is part of the Wharfedale line and has regular train services into Leeds, Bradford and Ilkley.

Air – Guiseley is well situated for the Leeds Bradford Airport which is within a few miles and easily accessible by taxi or car.

Leisure & Attractions if Moving to Guiseley

Guiseley is well serviced for shopping with two retail parks (Guiseley Retail Park & Westfield Retail Park) close to the centre as well as the main high street of shops, banks and bars. The town is famous for being the birthplace for popular fish and chip restaurant Harry Ramsden’s who claim to be “Britain’s longest established restaurant chain”. The old Harry Ramsden’s premises at White Cross in Guiseley, which was dubbed the “the world’s biggest fish and chip shop” shut down in 2011, only to be reopened by the Wetherby Whaler fish and chip group after a refurbishment in 2012.

Guiseley is also home to the popular Aireborough Leisure Centre which is where the Olympic triathlon medal winners the Brownlee brothers learned to swim. There is also a semi-professional football team, Guiseley AFC, who are currently in their second season in the National League division (English football’s 5th tier) and play at Nethermoor Park.

Removals if Moving to Guiseley

McCarthy’s Removals and Storage have been serving Guiseley and the surrounding area in Leeds, West Yorkshire and the UK for decades. The McCarthy’s reputation and BAR membership makes us a reliable option for Guiseley removals to and from the area. We also have served the area for storage, shredding and archiving services.

Get a quote for a Guiseley removal here.

Extremely efficient and prompt service. Lee and Conner were very helpful and the job was completed without a hitch. I would recommend them and definitely use the service again. Thanks.

This is an impressive facility which is extremely well-managed. Colette and Tina are marvellous with the customers explaining procedures clearly and with patience. We would recommend this company without hesitation.