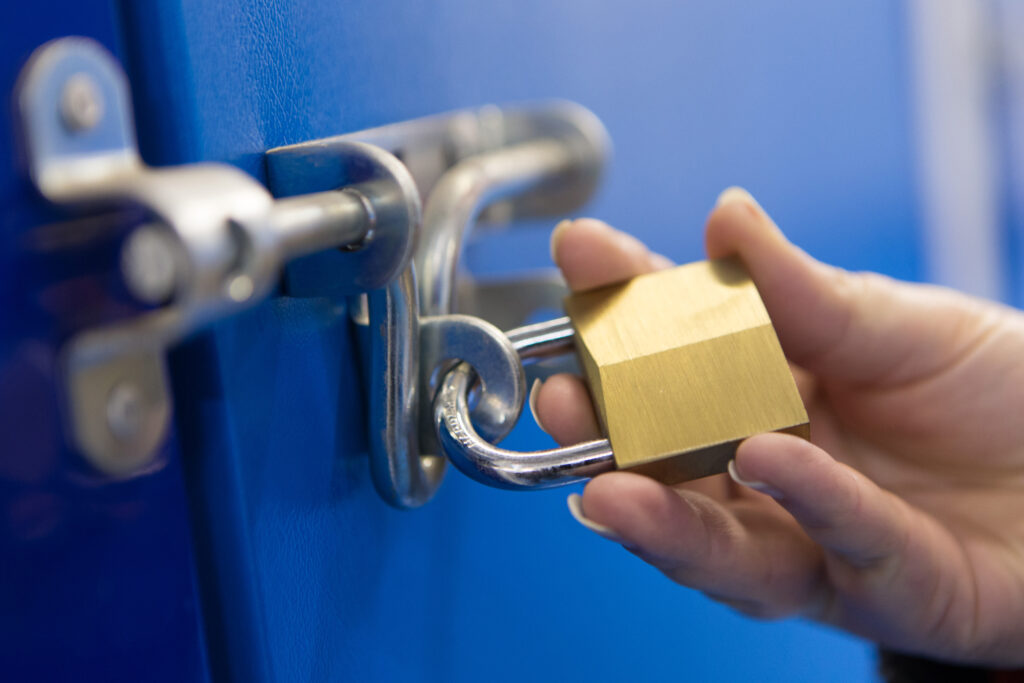 We’ve got a guilty secret… we’re ever so slightly addicted to the US TV show Storage Hunters. And I think we may not be alone, as the show had 1.1 million viewers for its UK debut back in October.

If you mention to people that your work involves storage units, you’ll be amazed how many people say “Oh, like Storage Hunters?” Well it’s not quite the same!

For those who don’t know the show, the idea is based around the fact that in the US, when rent has not been paid on a storage unit for three months, the unit can be forced open and the contents can be sold at auction. This is done as single lot, for cash only, and buyers only get a couple of minutes to look at the contents of the unit from outside. Sometimes the contents will be covered in a sheet so you have to guess at what may be underneath! So of course it’s always a bit touch and go to see whether the buyers (some of whom do this as their job) actually make or lose money on what they end up with. It’s definitely a skill being able to eye up a unit in just a couple of minutes and know what it’s worth (unfortunately it’s a skill some of the regulars don’t seem to have).

As we well know at McCarthy’s, people use their storage units for a variety of purposes – from running a business and holding stock there which could be worth thousands, to decluttering a loft full of old paperwork, toys and broken furniture – which probably has more sentimental value than anything else.

Of course Storage Hunters is designed to make good TV, so there’s lots of dramatic finds, from a (thankfully) empty locked coffin to a flamethrower and albino pythons.

We don’t allow animals (so the pythons are out), but if you have something weird and wonderful you want to store, give us a call. You might be surprised at what you can use a unit for. As Storage Hunters auctioneer Sean Kelly says – “All in fair warned!”