Written by The McCarthy's Team on December 8, 2016 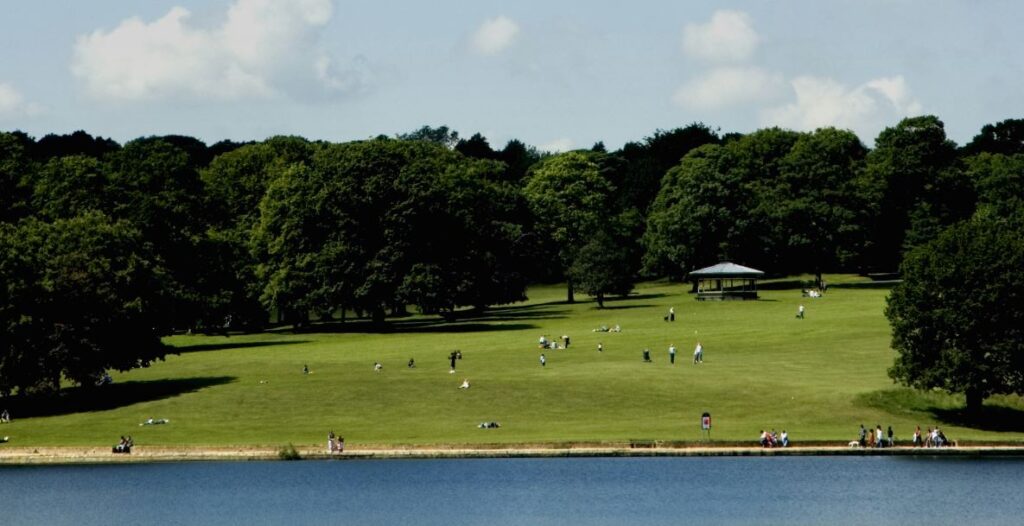 Our Feature Locations series continues this week focussing on one of Leeds’ better known areas of Rounday. Bustling with local amenities, a vast array of housing and one of Europe’s biggest urban parks – Roundhay has become one of Leeds’ most sought after areas for removals.

When it comes to variety, Roundhay can certainly provide that when it comes to housing. There is no consistency to the types of housing with Victorian terraces on one street and 20th century detached houses on the next. This has led to a unique feel to the area which is well situated for access to the centre of Leeds and Harrogate.

Street Lane which runs through Moortown into Roundhay is a bustling area with shops, restaurants, pubs and bars and has become a vibrant area to drink and dine out for people all over Leeds.

Get an instant quote for a Roundhay Removal

The postcodes in the Roundhay area are: LS8

Local Education if Moving to Roundhay

Bus – There are many services that run through Roundhay along Street Lane that head towards Leeds City centre and the outskirts of the city.

Rail – Roundhay is only a short distance from Leeds city centre which provides great access for Leeds Railway station which is linked to the rest of the UK.

Air – Leeds Bradford Airport is only a short drive from across North Leeds from Roundhay but Roundhay’s location near Leeds Railway station provides good rail links for Manchester Airport.

Leisure & Attractions if Moving to Roundhay

Two of the main attractions in Roundhay pull visitors from across the city and the rest of West Yorkshire on a regular basis. The first being Roundhay Park which is a huge area of parkland, woodland, gardens and lakes and it attracts around a million people each year. As well as being a great place for a leisurely afternoon, Roundhay Park also plays host to some great events throughout the year which include the Leeds Triathalon, ParkRun and an annual fireworks display on Bonfire Night. It has also been the venue for some memorable moments in Leeds’ music history such as performances from Michael Jackson, The Rolling Stones and Bruce Springsteen.

Across the road from Roundhay Park is the other great attraction in the area Tropical World. This holds the largest collection of tropical plants in the UK barring Kew Gardens in London. It also houses a number of tropical birds, reptiles and fish and was the scene of a great Meerkat escape in 2015.

Removals if Moving to Roundhay

Roundhay only a stone’s throw from the McCarthy’s Removals & Storage headquarters off Meanwood Road. Roundhay has been a popular area of Leeds for a long time and we have been moving people to and from the area either across Leeds, Yorkshire or the rest of the UK for decades. We are also proud to serve the area for storage solutions and shredding & archiving services.